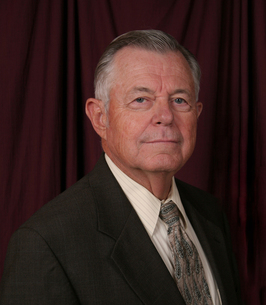 Ronald Roy Higerd was born March 31, 1939, on his grandparents’ farm east of Gem, Kansas. He was proceeded in death by his parents, Roy Arthur and Ruth Leone (Goin) Higerd. He entered his eternal home with Jesus, on October 31, 2022, at Citizens Medical Center, Colby Ks.

Ron was in the National Guard in both Kansas and Colorado from May 1956 until July 1964. He received his associates degree in Diesel Mechanics from Pueblo Junior College and worked for a few years in that field. Ron loved working the land and turning over the dirt that God entrusted to him and spent the rest of his years farming.

Visitation will be on Friday, November 4, 2022, from 5- 7:00 PM at The Gathering Place, 745 Country Club Drive, Colby, KS. His celebration of life service will be Saturday, November 5, 2022, at 2:00 PM at Baalmann Mortuary, 190 S Franklin, Colby, KS. Burial will follow at the Gem Cemetery, Gem, KS. There will be a time of fellowship with family and friends after the burial at the Community Building in Gem. In lieu of flowers, memorials in Ron’s name may be made to the First Baptist Church of Colby or the Alzheimer’s Association, and sent in care of Baalmann Mortuary, PO Box 391, Colby KS 67701. For information or condolences visit www.baalmannmortuary.com.