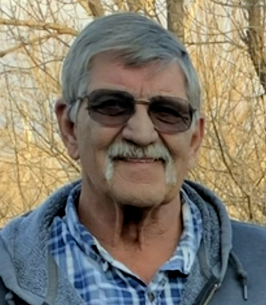 Terry D. Draper, age 75, of Edison, Nebraska, passed peacefully on July 30, 2022, after a brief battle with cancer. He arrived in this world on June 9, 1947, born to Donal “Dale” and Viletha (Hougnon) Draper in Holdrege, Nebraska.

Terry married his high school sweetheart, Jeanette Debban on February 5, 1966, in Arapahoe. Terry and Jeanette celebrated 56 years of marriage this year. To this union two children were born, Jodi and Chad.

Terry spent his life working in agriculture. He farmed near Edison and Beaver City. He enjoyed feeding cattle and hauling grain. At one time he had 800 head of sheep, about which many funny stories can be told. He passed his love for agriculture to his son, Chad and grandson, JD.

Terry treasured his Sunday morning coffee with any friend who stopped by his famous garage. He also loved Nebraska Cornhusker football, and you could always count on the Husker game to be on (sometimes only for a while, depending on the score) at his house. Terry was very proud of his grandson, Noah Stafursky (#62) who currently plays for the Huskers.

Terry enjoyed his time spent camping, either at the lake or at JD’s rodeo events throughout his high school and college careers. Terry was particularly proud of JD’s third-place finish at the 2019 National Intercollegiate Rodeo Association finals. Terry and Jeanette enjoyed visiting south Texas for part of the winter the last few years.

Terry lived a life full of family and friends. He loved his grandchildren and was very proud of their achievements. He will be fondly remembered as being a loving Husband, Father, Grandfather, Neighbor and Friend. Even though he was famous for gritting his teeth, he had a soft heart and was the first to help anyone.

A memorial service will be held at 1:30 p.m. Thursday, August 11, 2022, at Edison Christian Church, Edison, NE. Memorials may be made to the American Cancer Society and sent in care of Baalmann Mortuary, PO Box 391, Colby, KS 67701. For information or condolences visit www.baalmannmortuary.com